Share the Prophet ﷺ in Prisons
Help us send the book Al-Shama’il Al-Muhammadiyyah to U.S. prisons

An oft-neglected segment of our community, Muslims prisoners face a host of daily challenges when it comes to practicing their faith. These challenges include the availability of halal food, being able to wear religious head coverings, and even praying together.

Studies have revealed that*: 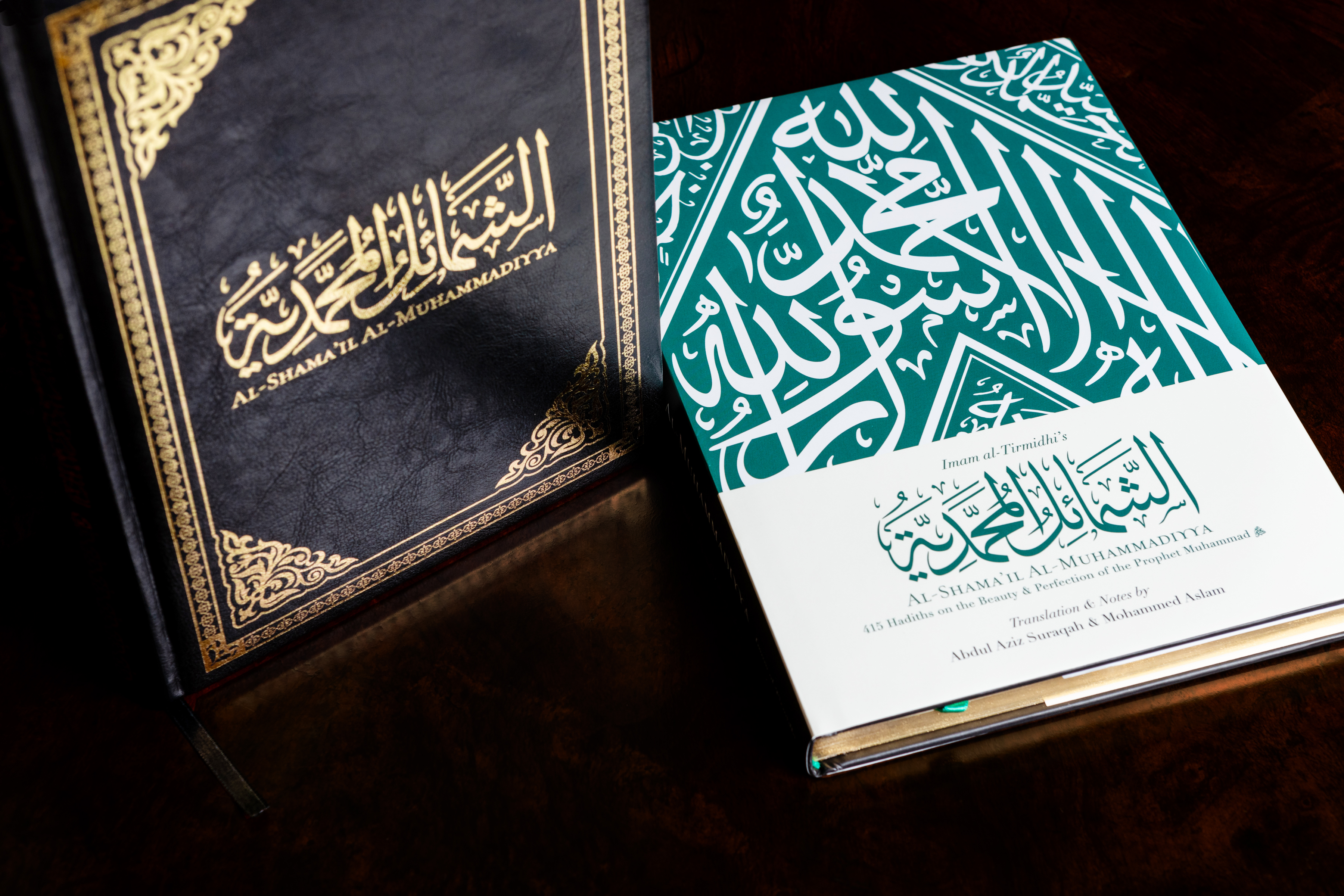 CelebrateMercy has been blessed to help distribute new English translations of Al-Shama’il Al-Muhammadiyyah across the United States; a book that provides a beautiful overview of the Prophet Muhammad's personality, habits, and beauty (learn more about the book below).

However, we are unable to send this hardback version of the book to prisoners, due to regulations restricting the entry of hardback books into many U.S. prisons.

In light of this, CelebrateMercy and Imam Ghazali Institute are asking for your help to support a new endowment fund; this fund will provide prisoners with Shama'il books for decades to come insha-Allah. Proceeds from the endowment will publish paper-back editions of the Shama'il, specifically for prisoners, sharing the beauty of the Prophet  ﷺ with thousands of prisoners every single year.

Al-Shama'il al-Muhammadiyya is the most famous book of narrations (415 hadiths) detailing the beauty and personality of the Prophet Muhammad ﷺ. Commonly referred to as 'The Shama'il', and compiled by the prolific Imam al-Tirmidhi, this perennial masterpiece was arguably the most popular book in the Muslim world for 1000 years; second only to the Quran. This book is a new translation - the best in English - with nearly 1000 footnotes of commentary! Learn more about the book in the 2-minute video below. To order your own copy, visit CelebrateMercy's online store here. 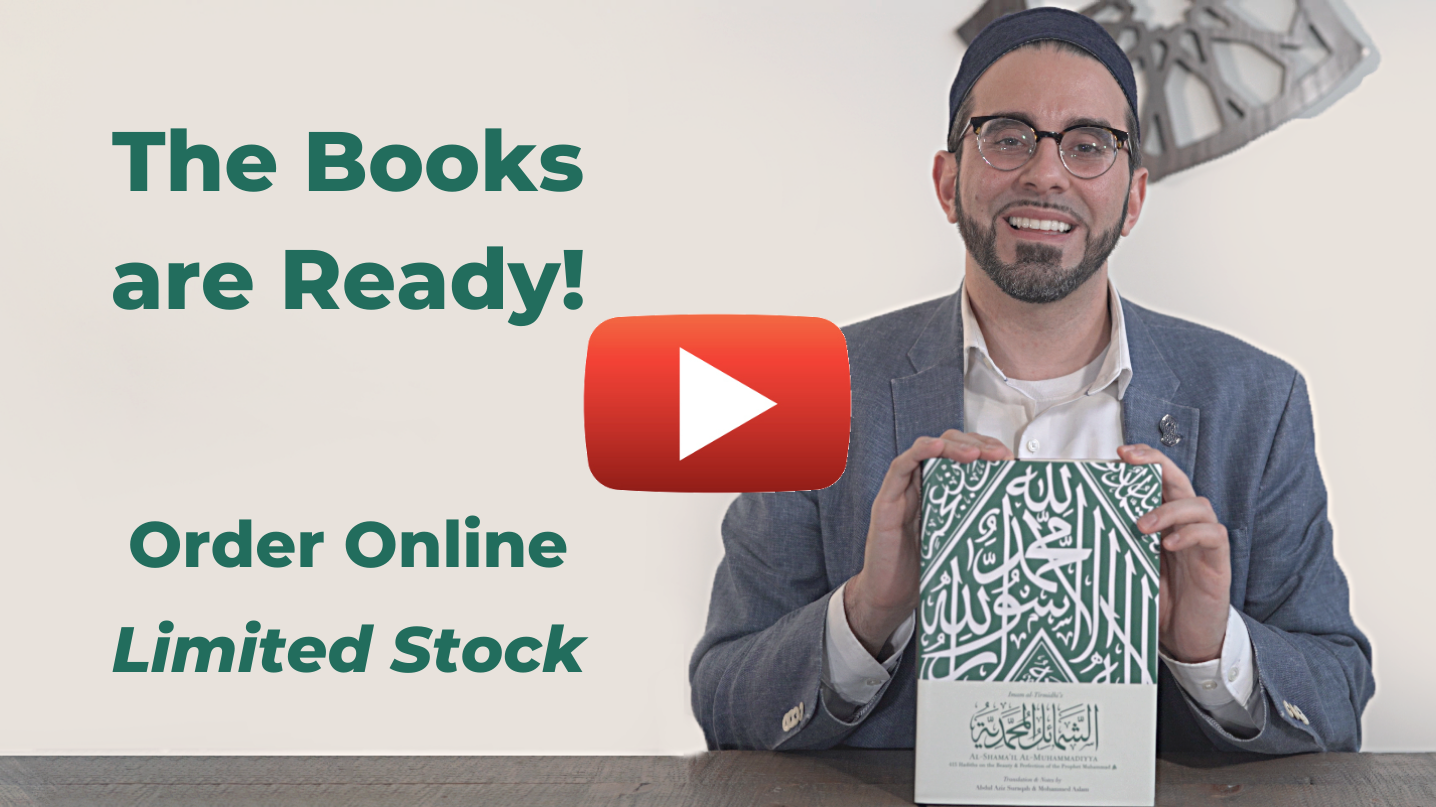 With this project, we hope to share the beauty and character of the Prophet ﷺ with our incarcerated brothers and sisters; and even those in prison who are on a journey to Islam.

Through the Shama’il, countless people have gained knowledge of and closeness to the Beloved Messenger ﷺ. We pray that we can share this Prophetic light and beauty with Muslims everywhere, regardless of the barriers they may face.

​Where will campaign funds go?

Proceeds from this online fundraiser will be invested into a new waqf: a charitable endowment. Endowments can generate returns of 5-10% annually insha-Allah. Those proceeds, each year, will enable hundreds of paperback Shama'il books to be printed for prisoners across the USA; prisoners who are Muslim and those learning about Islam.

In other words, for every $100 donated to this campaign, 1 Shama'il book can be printed and gifted to a prisoner - every single year - for decades to come insha-Allah. This is why supporting our endowment fund is a sadaqa jariyah (perpetual charity) that will provide you with Divine reward and blessings until the Day of Judgment. Your donation could literally help hundreds of prisoners to fall in love with and emulate the Prophet; for some, it will even be the reason that they enter Islam.

Those who make large donations to this campaign will also receive gifts of appreciation, shipped to them for free. Click the image below to learn more about our Thank You gifts. 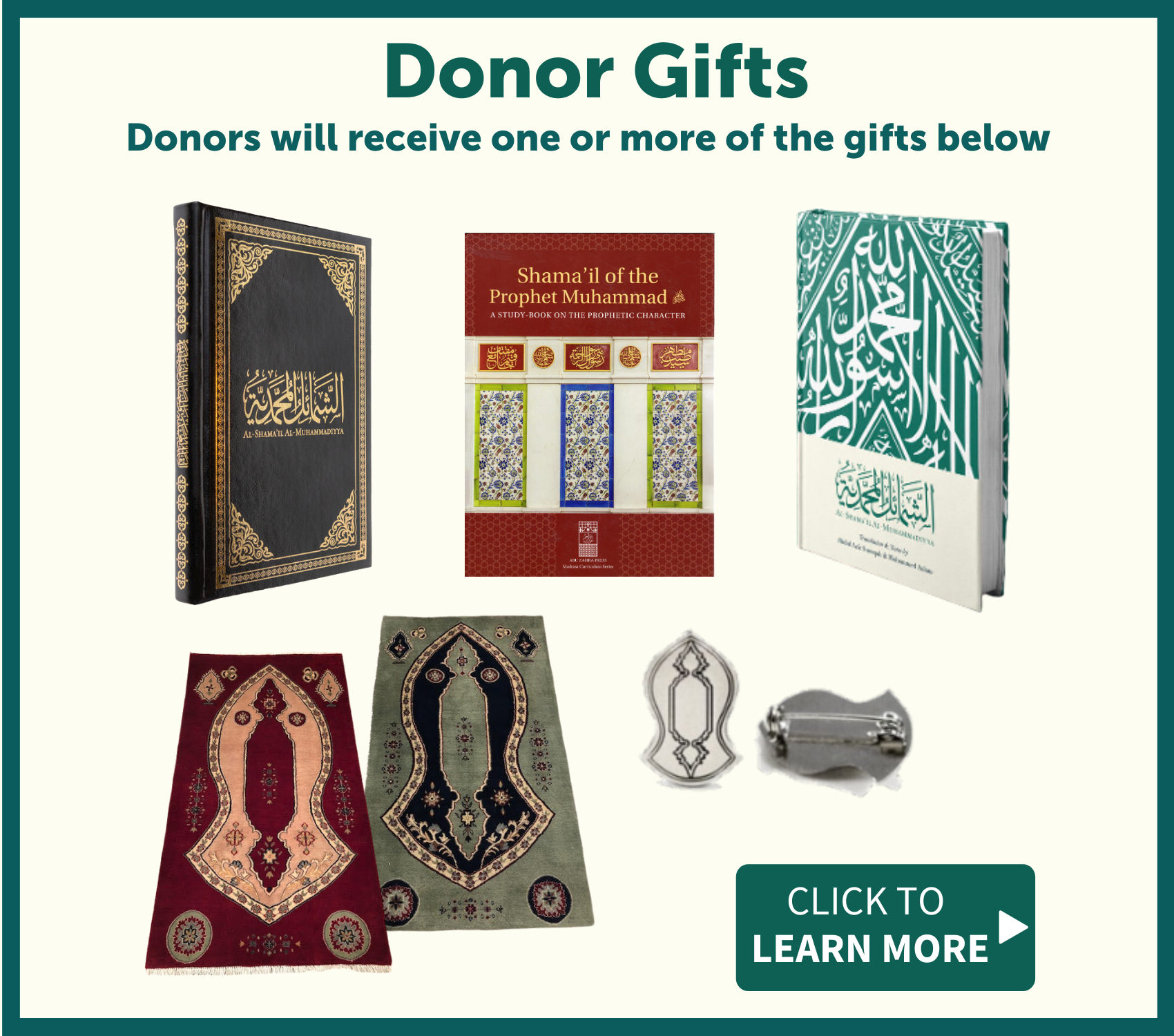 This campaign is co-organized by two organizations:

CelebrateMercy - is a US-based organization that teaches about the Prophet Muhammad's life and character through films, programs, and social campaigns. Its recent campaigns raised over $150,000 to repair vandalized Jewish cemeteries and over $200,000 for victims of the Pittsburgh synagogue shooting. Media stories about each campaign reached over 100 million people worldwide, including this TV interview on CNN. Tarek El-Messidi is CelebrateMercy's Founding Director.

Imam Ghazali Institute - is a publisher based in New York City, though they have organized seminars & weekend retreats in various countries around the world. Last year, they published the landmark edition of Imam al-Tirmidhi's "Al-Shama'il Al-Muhammadiyya", with a full-scale commentary and ground-breaking tradition-honoring design. Muhammad Sattaur is Imam Ghazali Institute's Founding Director.

Report: “Fulfilling the Promise of Free Exercise for All: Muslim Prisoner Accomodations in State Prisons”